In addition to the two above mentioned defendants who were sued over a state penal code criminalizing prostitution, other law enforcement defendants were named including our esteemed Attorney General Kamala Harris who is named as a defendant in the U.S. District Court case which argues in part that the 14th Amendment protects individual liberty over private sexual conduct regardless of whether it is commercial or paid for.

Despite being known as the “oldest profession in the world,” prostitution and solicitation thereof still gets prosecuted very aggressively as a criminal act especially in light of the renewed spotlight on illegal sex trafficking which shouldn’t be confused with  the free choice of sex workers  to engage in the profession. Prostitution is defined in the CA Penal Code as:” to engage in a sexual act in exchange for money or other consideration, i.e., other goods or services.”

Under CA Penal Code 647(a), “An individual who solicits anyone to engage in or who engages in lewd or dissolute conduct in any public place or in any place open to the public or exposed to public view is guilty of disorderly conduct,” a misdemeanor.  In the same Penal Code section, under the (b) section, it further states that, “anyone who solicits or agrees to engage in or who acts in any act of prostitution” commits the offense. This allows law enforcement to arrest sex workers and customers such as johns and where appropriate, the middle man who is otherwise known as the pimp.”  The current lawsuit that has been filed in Federal District Court in San Francisco by the Erotic Service Providers Legal, Education, and Research Project on behalf of four individual plaintiffs including a Sonoma County resident (a one-time sex worker), who states that she would like to continue her chosen profession, but for the state’s legal prohibition, discrimination and stigma. 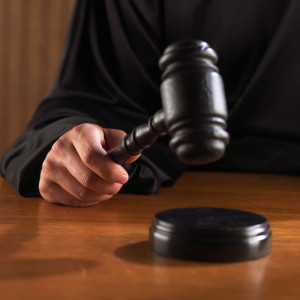 The lawsuit on its face is not frivolous because it is reflective of some very recent favorable case law and rulings that severely limit government’s interference in personal decisions involving sex.  This includes the famous landmark 2003 decision in Lawrence v. Texas, in which the United States Supreme Court invalidated and struck down laws prohibiting sex between same sex consenting adults and/or couples.

The plaintiffs’ attorneys who are representing the sex workers have a legitimate claim when citing to dissenting Supreme Court Justice Antonin Scalia’s dissenting opinion in the minority opinion in the Lawrence Sodomy case above.  He stated on the record that the majority ruling “called into question” all laws rationalized by public morality, like those prohibiting prostitution.  Well, here it is twelve years later,  laws against prostitution are being challenged and they have a good chance of being struck down like the State of Texas’ sodomy laws.  The general rule for striking down impermissible personal privacy laws seems to rest upon the meaning of the relationship or set of boundaries, absent injury to a person or abuse of an institution that the law protects.  In other words, there is no compelling or even legitimate rationale for the government to regulate prostitution unless there is a reason to do so, i.e., injury, violence, coercion, and the like. It could hardly be a valid  argument that prostitution destroys the traditional family since divorce rates are its own death knell and just recently Gay Marriage has been sweeping the country despite the argument that its passage would also “destroy the traditional family,” whatever that means!

If you take  Sonoma County District Attorney-Elect Jill Ravitch’s argument, (the county’s top law enforcement official), who is quoted as saying,  through her “collaborative effort with the police”  she “is saving lives and holding those who traffic victims accountable!”  However, if you can prove that sex workers have voluntarily chosen their profession and that there was never a demonstration that the commercial exchange of sex between consenting adults-as distinct from human trafficking-resulted in any harm how can current prostitution laws be upheld.   Based upon the voluntariness of prostitution and the lack of coercion and other abusive factors, the plaintiffs make a valid argument that there is “no compelling or legitimate governmental interest in prostitution’s criminalization” and the criminalization of prostitution is far worse than legalizing it.  The arguments that the plaintiffs’ law suit advance in favor of legalizing prostitution are listed below:

These arguments above appear to be compelling since the old guard and most members of law enforcement continue to categorize all sex workers and prostitutes all together as victims of sex trafficking thus impermissibly lumping everybody together for the purpose of continuing the sex stings, prostitution stings, and heavy handed counterproductive law enforcement.

Finally, it appears that even Supreme Court Justice Antonin Scalia, the most conservative member of our United States Supreme Court basically said if you can’t criminalize sodomy (most often only enforced against homosexuals and not heterosexuals) based on morality, how can you criminalize prostitution based on morality?  So, the bottom line is that the plethora of new case law is being worked to get prostitution legalized in California.   Further, the plaintiffs’ attorneys are attempting to correctly distinguish willing providers of sex for money from those real victims who are being forced into service through violence or other means!  The two should never be mixed and by doing so we believe that free choice and free association as well as free choice of one’s profession is being usurped by an overreaching government steeped deeply in morality and hypocrisy.

What Should I do in Case of a Vehicle Collision?

What Should I do in Case of a Vehicle Collision?