Dog attacks are more common than you realize. The American Humane Association (AMH), estimates that there are 4.7 million dog bites in the U.S. each year; nearly 800,000 of them require medical care.  Most involve children, senior citizens and mail carriers.
About half of all dog bites involve children under age 12 and most – more than 80 percent – of all dog bites treated in hospital emergency rooms involve children under age 15.
The AMH advises parents to educate their children on ways to behave around animals and to properly supervise both your children and your pets. The group has developed a program called Kids Interacting with Dogs Safely.
In the event of an animal attack, the law makes it clear that the owner of the pet is liable. Fiumara & Milligan Law, PC has years of experience in representing children and their families who have been hurt or mauled by animals. We can assist you in obtaining the justice that you deserve. 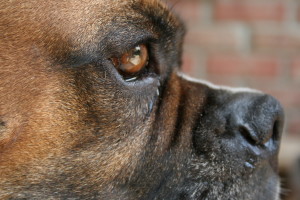 Types of injuries commonly found in dog bites include:
Bites: Tearing and puncture wounds are caused when the dog clamps down the jaw muscles long canine teeth.
Head or Brain Injuries: Head injuries such as fractured skull and brain injuries can occur as a result of an animal attack and may cause permanent disability.
Broken Bones and Crush Injuries: The jaws of many animals are powerful and may cause bone-crushing wounds during an attack.
Scarring: The face is the most frequent target of attack dogs, including the cheeks, nose, lips and cheeks, causing an estimated 44,000 facial injuries seen in U.S. hospitals each year. These injuries can result in disfiguring scars and can have lingering consequences for victims both physically and emotionally.
Emotional or Psychological Injuries: Victims of animal attacks can be left with life-long emotional scars. Some may develop Post Traumatic Stress Disorder (PTSD), a disorder characterized by debilitating flash backs, night mares and paranoia which could affect their ability to succeed at school or work and require psychological treatment.
Rabies: The deadly disease is transmitted in the saliva of rabid animals and can be fatal if not treated right away. Animal bite victims should immediately seek medical attention in case the animal had rabies.
Death: Dog attacks result in an average of 18 deaths per year in the U.S. In the event of a death by dog attack, the surviving family members are entitled to file a wrongful death action on behalf of the victim.
Speak With a Knowledgeable California Dog Attack Attorney in The North Bay
If you are bitten or attacked promptly tend to your wounds, even if they seem minor to you, to help prevent a possible infection. Call your doctor immediately. You may need to get a tetanus or rabies shot.
Also remember if you or a loved one has been injured by an animal attack, it is important to contact an attorney as soon as possible to protect your rights.
At Fiumara & Milligan Law, PC our personal injury attorneys will conduct a prompt and thorough investigation, collect the important evidence, and deal directly and firmly with the responsible parties.  We can take on the insurance companies on your behalf so you can focus on your recovery.