Automobile accidents are a fact of life in Northern California, where getting around without a motor vehicle is extremely difficult.

Unfortunately, too many car accidents are the fault of drivers who operate carelessly or negligently.

When people are injured or killed in such crashes, the victims or surviving family members are often left with enormous medical bills and other costs that cause economic and emotional hardship. Drivers who are responsible for such losses can be held liable for compensation.

Just earlier this morning on Highway 121, At least two people have died, and a third suffered major injuries in a crash Wednesday morning on rural Highway 121, according to initial reports from the CHP and emergency dispatchers.

The wreckage was blocking the highway in both directions just west of Napa Road and the CHP issued an alert that it could be closed for at least two hours.

The rural route is a main connector to the Napa and Sonoma areas. 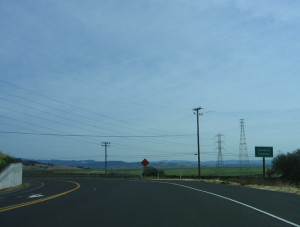 Two ambulances and several fire engines rushed to the 9 a.m. collision. Two people were found to be deceased and a third, who reportedly suffered major injuries, was taken by ambulance to the Queen of the Valley Hospital in Napa, according to dispatcher.

Firefighters had to extricate at least one person from the wreckage, according to initial reports.

People who have lost loved ones in car accidents can only file a legal claim such as a wrongful death lawsuit if the accident was caused by another person’s negligence.

If evidence supports such a claim, the family can proceed with a suit, although it is advisable to seek legal advice before filing.

We will FIGHT for YOU!