Under California law when a person under the age of 18 is alleged to have committed a crime, the judicial process under which the child is prosecuted, called a delinquency proceeding, is a civil action rather than a criminal matter.
During these proceedings, the juvenile may be found unfit for juvenile court proceedings, in which case, the juvenile will be transferred to adult criminal court.
This is mandatory where the juvenile has been charged with murder with special circumstances and for certain sex offenses and the juvenile is at least 14 years old. For other crimes it is up to the juvenile court to decide whether the juvenile case is transferred to adult criminal court.
The factors the court will consider include the gravity of the offense charged, the criminal sophistication of the crime, and the juvenile’s previous delinquent history. If the case is transferred to adult court, the juvenile is subject to the law in the same manner as an adult.
Sometimes charges against a juvenile are prosecuted directly in adult court. This is called a “direct filing” and the juvenile courts tend to rubber stamp these filings. It is an unfortunate fact that the justice system is treating more and more juveniles as adults and punishing these children as adults despite the overwhelming evidence that a teenager’s brain is not yet fully developed.
Because teenagers do not have adult developed brains and maturity they take stupid risks, are often very impulsive, and are unable to anticipate the consequences of their actions. As younger and younger children are prosecuted in adult court, it is important to remember that anyone who is charged with a crime must have a criminal mental state. 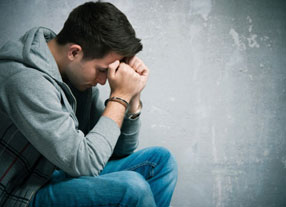 There are many laws and cases that question whether a child has the ability to form criminal intent at all. A qualified juvenile justice attorney can make a determination about the minor’s abilities to understand the process and ability to form criminal intent in anticipation of the defense of a juvenile in adult court.
If the juvenile remains subject to the juvenile court’s jurisdiction, the juvenile is not considered a criminal in the traditional sense because rehabilitation and not punishment is the main objective of the Juvenile justice system.
Therefore the juvenile does not have some of the same due process rights afforded to an adult charged with a crime. For example, the juvenile does not have the right to a jury trial or to bail. However, the juvenile does have the right to be represented by an attorney, the right to cross-examine witnesses, and the right to assert the Fifth Amendment privilege against self-incrimination.
In a delinquency proceeding, the court determines whether the facts as charged against the juvenile are true. This is called a jurisdiction hearing. The standard of proof is, as it is in a criminal trial, “beyond a reasonable doubt.”
However, unlike an adult criminal trial, the juvenile proceedings are not designed to ascertain the guilt or innocence of the juvenile, but rather if the facts are found to be true to preserve and promote the welfare of the child, to provide care, treatment, and guidance to the child and to promote public safety.
The juvenile proceedings are intended to treat the juvenile crime as a sociological problem with a mandate to ensure wrap around resources and services for the juvenile and sometimes to the juvenile’s family too.  That is because the Juvenile justice system is dedicated to the juvenile’s rehabilitation rather than punishment. That does not mean the juvenile won’t be punished if the court finds the allegations against the juvenile are true. Depending upon the severity of the offense and the juvenile’s prior delinquent history, the court may subject the juvenile to probation, detention, incarceration, treatment, community supervision, mandate community service or a combination of many of the above.

Parents are often surprised to discover that they can be held legally responsible for delinquent acts of their child in cases where the evidence establishes that the parent failed to provide reasonable supervision and control over their child.
If a parent “causes or tends to cause or encourage” his or her child’s delinquency (or any juvenile’s delinquency for that matter), the parent can be charged with a misdemeanor under Penal Code section 272. For example, let’s say a dad decides to have a few beers with his 16 year old son and then gives him the keys to the family car. The son then causes a collision and is also charged with driving under the influence. The father, under these circumstances, would be criminally liable for his son’s acts.
An experienced juvenile justice attorney understands the ins and outs, with all its particular intricacies, of juvenile law. Here at Fiumara & Milligan Law, PC we have successfully defended many juveniles both in front of the juvenile court and in adult court. WE are well acquainted with all of the ancillary services, resources and programs offered to juvenile offenders making a quick and effective resolution possible.  WE also take very seriously the expungement process so that the juvenile’s record gets “sealed,” once he or she successfully completes probation.  WE also have successfully gotten many of our juvenile clients into the Deferred Entry of judgment (DEOJ) program so that after they successfully complete their probationary period their records are expunged and sealed automatically without the assistance or cost of an attorney.
Our first approach is to always argue that the child should remain in the juvenile court’s jurisdiction rather than in the adult criminal court. While that is not always possible, especially when the child is charged with a serious crime, we understand the particular needs of the juvenile client and work diligently to preserve his or her future. Finding alternatives to juvenile incarceration through the community detention program and various other electronic monitoring options give the youthful offender an opportunity to prove to the Court that they are worthy of a second chance.  Just as important, Fiumara & Milligan Law, PC has worked closely with the agencies and resources that help juvenile offenders succeed while on probation such as Social Advocates for Youth, SAY, Restorative Justice, the Esperanza Program, the Tattoo Removal Program,  and various after school and apprentice/ training programs through-out the greater North Bay Area.
Contact us at any time at 707-571-8600 OR 415-492-4507 to set up a confidential consultation without charge.
We will work with you and your family to provide a fee structure that best suits your circumstances. 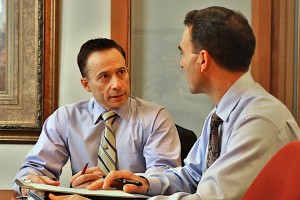 “The Right Attorney Makes All the Difference”
Click here to be taken to our Juvenile Crimes page to read more info on how we can help you and your Juvenile law case.