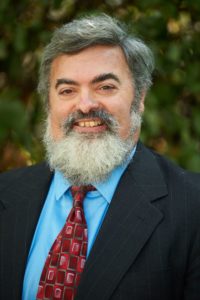 Mr. Hoppe has been practicing law for the past 24 years and has handled both civil and criminal cases.  He has over a dozen jury trials under his belt. Mr. Hoppe also worked as a Sonoma County deputy district attorney working in the Criminal Law section and in the Environmental and Consumer Law Division.

Mr. Hoppe is compassionate, caring, and relentless in his pursuit of justice on behalf of the law firm’s clients.

Upon graduation Mr. Hoppe worked as a temporary deputy district attorney for the Sonoma County District Attorney’s Office and later full time for the Conflicts Panel.

Mr. Hoppe is a member of the Masonic Lodge in Santa Rosa, California. He has assisted his lodge brothers and members and affiliated bodies with projects for charities including food drives and assisting in community projects for other masonic organizations within his home lodge.

Mr. Hoppe is a member of the California DUI Lawyers Association which is the oldest DUI defense bar association in the United States.  This organization consists of very well qualified national and local attorneys who share their knowledge and experience with their members to ensure the VERY best results achievable for clients charged with DUI offenses and any other driving impaired offenses.

University of California at Davis

First in Class in Civil procedure and Criminal procedure