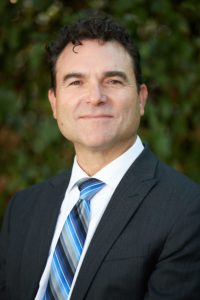 Mr. Milligan’s legal experience acquired in California, Washington, D.C., and in the state of Maryland has given him a keen sense of awareness of his clients’ rights.  Mr. Milligan works hard to stay current on the important issues of the day, such as DUI toxicology, search and seizure, the right to privacy, police misconduct, and excessive force.  Mr. Milligan’s current knowledge keeps him ahead of the curve and able to deliver the very best legal service for the firm’s diverse client base.

Mr. Milligan is a graduate of the Empire School of Law in Santa Rosa where he earned the Witkin’s Award for the top grades in both Contracts and in Criminal Law.  He graduated in the top 10 of his class of 2003.

After graduating from law school, Mr. Milligan established, the Milligan Law Firm.  There he represented a wide diversity of clients predominantly in the areas of criminal defense and plaintiff’s personal injury law.  Mr. Milligan practiced every aspect of law from the initial investigation to the filing of the complaint up to and through jury trial.

From 2008 through 2010, Mr. Milligan worked for the County of  Sonoma on the Juvenile and Criminal Conflicts Panel.

In this position, he was able to hone in on his skills in criminal defense and sensitive juvenile matters.  Mr. Milligan’s experience ranges from serious felony gang and sex crimes, to misdemeanor felony DUIs and driver’s licensing criminal offenses.  In addition, Mr. Milligan has represented many clients pertaining to the emerging medical marijuana issues, and in more traditional areas of the law involving removal cases, family law, and contract disputes.

In 2007, Mr. Milligan received the Sonoma County Pro Bono Award on behalf of the work he did for the Sonoma County Public Law Library.  He organized and held several fund raisers including “Music for the Law Library” which was held at CHOPS Teen Club, another nonprofit, located in the Old Railroad Square District in Santa Rosa, California.

In that same year, Mr. Milligan volunteered for the Rule 18 Committee of the Sonoma County Civil Bench Bar.   There he was assigned to review Local Rule subdivisions and suggest modifications and improvements.

In 2011, Mr. Milligan served as a Volunteer Adjunct to the District Court of Fairfax, Virginia for the Fairfax Opportunities, Alternatives, and Resources, a nonprofit, pre-trial diversion program which provided alternatives to criminal proceedings for first time petty theft defenders.  Mr. Milligan strongly believes in alternatives to jail and brings his rich knowledge of these kinds of alternatives to Sonoma County for our clients’ consideration especially during sentencing.

Mr. Milligan is a member of the California DUI Lawyers Association which is the oldest drunk driving defense bar association in the United States.  This organization consists of extremely qualified attorneys who willingly share their knowledge and experience among its core members to ensure that our law firm is providing our clients with the very best representation.

Mr. Milligan is also a member of the Sonoma County Bar Association, is in good standing with the State Bar of California since 2003.  His first priority is to serve the clients of this law firm with his wide variety of legal experience and his true life experiences from this coast as well as from the East Coast.