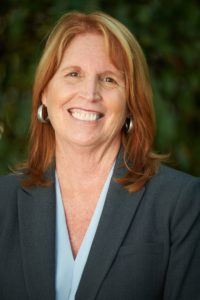 Noreen is certified by the California State Bar as a specialist in civil appeals. She has been practicing law in Sonoma County since 1982.

She served in the California State Legislature for a decade and and was responsible for numerous pieces of legislation relating to the administration of justice.

Noreen’s law practice is located in Santa Rosa, CA. She is Of Counsel with Watts Guerra, LLP, where she represents survivors of the 2017 North Bay wildfires in litigation against PG&E. Noreen is also Of Counsel with O’Brien Watters & Davis, LLP, providing services in civil appeals and writs with an emphasis on environmental law.

Noreen received her BA degree in Government (with honors) in 1978 from California State University, Sacramento. She graduated from University of the Pacific McGeorge School of Law in 1981. In her third year at McGeorge, she wrote for and edited the first-ever edition of the Silversheets, a review of Nevada law. From 1980-81, Noreen clerked for Justice Edwin Regan of the Third District Court of Appeal in Sacramento.

After graduation from law school, Noreen studied International Business Law at the University of Salzburg, Austria, She completed an international law internship in Dublin, Ireland with A & L Goodbody, Solicitors.

In 1982, Noreen was hired as an associate at Spridgen, Barrett, Achor, Luckhardt, Anderson, James & Ziegler, at that time the oldest and largest law firm north of the Golden Gate Bridge. Noreen was the firm’s first full-time female litigation attorney.

When the Spridgen firm dissolved later that year, Noreen became a litigation associate with Gray, O’Brien, Watters & Davis, now O’Brien Watters & Davis LLP. She was made an equity partner in 1987. In 1990, she took time off from the full time practice of law to raise a family and pursue a political career.

In 1993, Noreen was appointed to the Santa Rosa Planning Commission, where she worked extensively with land use planning issues and the California Environmental Quality Act (CEQA).

In 1996, Noreen was elected to the Santa Rosa City Council, She served two terms on the City Council.

In 2004, Noreen was elected to represent the 7th Assembly District in the California State Assembly. While in the Assembly, she was appointed by the Speaker to chair the Joint Legislative Committee on Budget in 2008, and charged with balancing the State’s budget during the global economic crisis of 2009/2010.

In 2010, Noreen was elected to the State Senate to represent the 2nd Senate District, including Solano, Napa, Marin, Sonoma, Lake, Mendocino and Humboldt Counties. In 2012, she chaired the Joint Legislative Committee on California’s Foreclosure Crisis, which resulted in the passage of The Homeowners Bill of Rights (AB 278/SB 900). The Homeowners Bill of Rights implements the historic 49-State Attorneys General settlement with five of the national’s largest banks and was the first of its kind in the nation.

From 2010-2014, Noreen chaired the Senate Committee on the Judiciary. and served four years on the Judicial Council, the governing body for all State courts.

In 2011, Noreen was honored as the first woman to receive the Judicial Council’s Stanley Mosk Defender of Justice Award for her decades of work ensuring access to justice. She was also honored by McGeorge School of Law as its first-ever Distinguished Alumna in 2015. She was recognized by the California Judges Association as Legislator of the Year in 2010 and by Consumer Attorneys of California as Legislator of the Year in 2013.

Noreen has decades of experience in civil litigation and appeals and has handled a wide range of complex cases involving real estate, partition, tax law, environmental law (CEQA), Public Resources Code issues, land use permit application and compliance, family law and much more. She is certified by the State Bar as a specialist in civil appeals.