HURT OR LOSE YOUR HOME DUE TO THE NORTHERN CALIFORNIA FIRES? 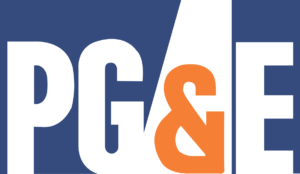 Late on Sunday October 8, 2017, a series of wildfires erupted in Northern California, likely due to downed power lines. Strong winds and a lack of rain caused these fires to spread quickly through Santa Rosa, Sonoma and Napa Valley, devastating the communities in their path.

Thousands of families evacuated the area while the governor of California declared a state of emergency. Efforts to control these blazes have made some progress, but fires continue to burn throughout the region.

To date, more than 5,000 homes have been damaged or lost, while at least 40 people have been killed and hundreds more have been injured by the Northern California fires.

Each one of us has friends, family, and neighbors impacted by this devastating event who lost loved ones, homes, businesses, pets, and life as they know it.

As our community begins the long road to recovery, our team is committed to holding those responsible accountable and being a resource for all who were harmed.

How Did the Northern California Fires Start and Who Is to Blame?

Just before the outbreak of the wildfires in Santa Rosa, Sonoma and Napa Valley, California emergency crews responded to several reports of downed power lines and transformer explosions. The sparks from these events may have ignited nearby brush, which was dry due to a lack of rain.

PG&E issued a statement saying that “hurricane-force” winds damaged this equipment. However, some reports suggest that the wind speed was much lower when the power lines fell and only increased to hurricane conditions later.

This raises questions about the safety and maintenance of this electrical equipment. Additionally, PG&E has a long history of neglecting its infrastructure and equipment. In fact, the company was responsible for four of the 20 largest wild fires in California history.

For these reasons, the personal injury attorneys at Fiumara Law are currently investigating the Northern California fires. If negligence by PG&E is to blame, then victims and their families may be entitled to compensation from the company. 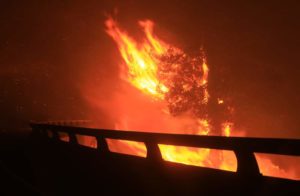 You Deserve the Very Best Legal Representation to Win Your PG&E Lawsuit!

Fiumara Law, PC a local law firm since 1992 cannot fight PG&E alone as we did in the 1996 Cavedale Fire where our local firm recovered substantial damages against PG&E for tree damage PG&E Settlement.

After seeing firsthand my entire neighborhood of Fountaingrove burned beyond recognition, our Local Law Firm felt an abiding duty to team up with the most qualified, experienced and ethical law firm with the greatest resources to take on the flotilla of attorneys that PG&E has already hired. We interviewed four other law firms before we made our decision to exclusively work with this team.

The Tubbs, Nuns and Atlas Fires is now considered California’s most destructive and costliest destroying over 5,500 structures and killing 42 people in the North Bay.  Hence, our local law firm has teamed up with Mauro Archer & Associates who have partnered with the nationally acclaimed mass tort law firm of Watts & Guerra.

Mikal Watts goes back to the Ford Pinto case winning substantial compensation for the fire explosion cases right after he graduated from law school. Mr. Watts is considered the best mass tort litigator in the United States and his proven track record of recovering over 4.5 billion dollars of compensation for over 200,000 satisfied clients speaks for itself.

Another reason Fiumara Law has chosen to team up with Mauro Archer & Associates and Watts Guerra is because we strongly feel the same way they do, that since this wild fire occurred here in Sonoma County and destroyed much of the North Bay, it needs to be heard where most of the victims live—in the Sonoma County Superior Court in Santa Rosa and not San Francisco.  How could potential San Francisco jurors possibly know what it is like to have suffered this horrific loss and devastation?

The Mauro Archer and Watts Guerra partnership of attorneys is the only law firm that has filed the fire victims’ cases in the Sonoma County Superior Court. This move rightfully gives you ease of participation, input and the possibility to serve as jurors—your constitutional right. We believe that this case should be heard not on the same home turf where PG&E has its headquarters which is San Francisco, but here in Santa Rosa where the fire destroyed over 5% of the city of Santa Rosa’s housing stock!

We feel confident that there will be a substantial judgment and a punitive damages award against PG&E for the fire victims because causation will be proven. To ensure that this happens, Watts Guerra has hired the best and most respected fire expert in the nation, Michael Schulz, who wrote the manual itself on wild fires.

This exclusive contract with Michael Schulz to render his expert opinion will also more likely than not increase the value of all fire victims’ cases in Sonoma, Napa, Lake and Mendocino Counties. 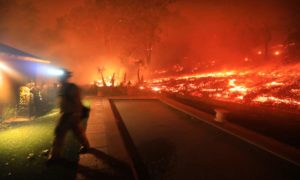 Lastly, our law firm, Fiumara Law, PC, has chosen to exclusively work with Mauro Archer & Associates along with Watts & Guerra because we feel that we have a responsibility to help our community fully and completely recover.

In my opinion this team of deeply committed and compassionate professionals has the BEST record of any individual or group of law firms or attorneys to successfully hold PG&E fully accountable so that we can move our lives forward.

Serving the people of the North Bay since 1992