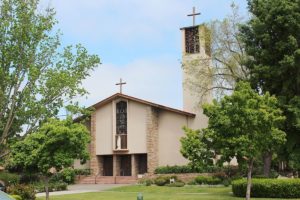 The Diocese of Santa Rosa is the largest Catholic Diocese between San Francisco and the Oregon border. In the church pictured, literally around the corner from the Fiumara & Milligan Santa Rosa offices, a former priest Xavier Ochoa-Perez sexually abused a number of minor children. Michael A. Fiumara successfully represented those children and their families against the powerful Diocese and won a pioneering $5 million settlement.

Victims of childhood sexual abuse and assault now have new rights to bring a civil damages lawsuit against their perpetrators, whether it is:

A priest, a coach, a camp counselor, a Boy Scout leader, a teacher, a doctor or a celebrity who sexually molested them before their 18th birthday. For the first time PUBLIC Entities can be sued under this new law recently signed into law by California Governor Gavin Newsom.

There are no words to describe the physical and mental torment that child sexual abuse survivors have had to endure over their lifetime. That is why California Assembly Bill 218 was passed to give survivors up to the age of 40 to file a claim. The law had previously only allowed survivors and victims to file a claim until age 26.

TO SEE SOME OF OUR RECENT SEXUAL ABUSE CASE VICTORIES, CLICK HERE

On October 13, 2019, Governor Newsom signed Assembly Bill 218, a new state law that gives all survivors of childhood sexual abuse, regardless of their current age, a three year “window” to file a civil lawsuit for the abuse they suffered.

The bill also provides a window of three years for the revival of past claims that might have expired due to the statute of limitations. In addition, damages can be trebled in cases in which a child becomes a victim of sexual assault as the result of an effort to cover up past assaults.

Victims whose cases were previously dismissed for statute of limitations reasons can bring a new lawsuit.

Individuals who were abused at public institutions will now be able to file lawsuits against the organization without having to submit a notice of claim or notice of intention to file a claim under the California Tort Claims Act.

This LOCAL Law Firm’s Historic Dedication, Compassion and Experience Speaks for itself

Fiumara & Milligan Law empowers victims by giving them a voice, along with the tools and assistance they need for themselves and their families to make decisions on how to proceed.

Families and victims are often overwhelmed in the wake of sexual abuse.

Dealing with the immediate issues facing victims such as police involvement, state investigations, school meetings, phone calls from attorneys and investigators, media coverage, lawsuits, and the emotional devastation is often daunting, confusing, and stressful for victims and families.

Fiumara & Milligan Law lays out the step-by-step roadmap for victims to take control and get their life back on track.

The California child sexual abuse attorneys at Fiumara & Milligan Law are wholly dedicated to protecting the rights of sexual abuse victims and survivors and bringing those who have committed these atrocious acts to justice.

Mr. Fiumara marched with members of SNAP to the Sonoma County District Attorneys Office to demand that Bishop Walsh be criminally charged and held responsible for allowing Father Ochoa to escape to Mexico after sexually assaulting dozens of boys. 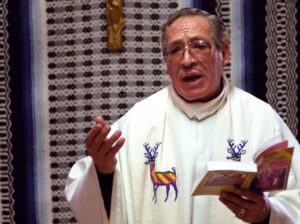 In 2007 Prior to this new liberalization and expansion of the law enacted by AB 218, Attorney Michael A. Fiumara fearlessly and singlehandedly took on the powerful Roman Catholic Diocese of Santa Rosa and got an excellent result for his firm’s 9 sexually abused clients.

Mr. Fiumara waged an unprecedented battle against the Bishop of Santa Rosa to be criminally charged. Eventually the Bishop was charged with a misdemeanor offense but got to participate in a Diversion Program only.

However, it was a psychological victory for our firm’s survivors and later it served as a precedence for the clergy in other jurisdictions to be criminally charged and jailed.

Tragically, the true prevalence of childhood sexual abuse is difficult to determine because it is often not reported. Experts generally agree, however, that the rate of incidence is far greater than what is reported to authorities.

This change of the statute of limitations beginning on January 1, 2020 for Child Sexual Abuse can prove to be the catalyst to bringing many offenders to justice.  Please let us help in a confidential and completely safe environment build a case for you if you were a victim.

At Fiumara & Milligan Law, we believe it is our duty to protect those who cannot protect themselves.

If you or a loved one has suffered from any form of sexual abuse, do not hesitate to contact the California child sexual abuse lawyers at Fiumara & Milligan Law today at 707-571-8600 or online.

Our compassionate, caring, and experienced attorneys will apply AB 218, the new law to your situation and work diligently to uncover whether criminal charges, a civil lawsuit – or both – can be filed against the perpetrator or negligent third party who is responsible for the abuse.

We will seek the maximum compensation even three times the damages if we find that the sexual assaulted minor was abused as a result of a “cover up.”

Filing a civil lawsuit against your child’s abuser

A civil lawsuit addresses both the impact on the victim and the culpability of the perpetrator. It also addresses those who could have prevented or stopped the abuse, which may include the perpetrator’s employer.

Many parents of child victims do not realize that criminal prosecution is independent from any civil proceedings. In a criminal suit, the district attorney is chiefly concerned with prosecuting the sexual offender, and does little to protect the victim’s civil claims.

In a civil suit, the court considers the victim’s pain and suffering to determine an appropriate level of compensation.

If your child has been abused by a trusted adult, it’s important to seek legal counsel from child sexual abuse lawyers as soon as possible. An experienced North Bay child sexual abuse law firm takes all necessary steps to ensure the civil lawsuit is filed in a timely manner, thus preserving the victim’s civil claims for money damages against those who caused the harm. The lawyer also acts to preserve important evidence and locate critical witnesses.

Parents of child sexual abuse victims often experience guilt for missing warning signs. At Fiumara & Milligan Law, we know that adults who prey on children often gain the trust of parents in order to groom their victims.

We also understand that children who are abused commonly suffer long-term effects throughout their youth and into adulthood. A successful civil claim ultimately helps victims obtain justice and achieve the closure they deserve.

According to a report by the U.S. Department of Justice, less than a third of sexual assault cases are communicated to authorities of any kind. The Centers for Disease Control and Prevention’s research “estimates that approximately 1 in 6 boys and 1 in 4 girls are sexually abused before the age of 18.” Most research agrees that the majority of assault cases are committed by people the child knew.

Perpetrators of child sexual abuse often choose careers or jobs that allow them to work with or near children, such as schools and youth organizations, in order to select victims and “groom” them for abuse.

For this reason, employers have an obligation to conduct thorough background checks on all potential hires. Individuals with a history of child sex abuse should never be hired for work that requires them to interact with children, such as teaching, coaching, or providing child care services.

Grooming is a system of behaviors designed to gain the trust of children and of their caretakers, including parents, relatives, teachers, coaches, etc.

The National Center for Victims of crime identifies 7 steps of grooming:

An experienced North Bay child sexual abuse lawyer knows that age, gender, occupation, income, marital status, and standing in the community are not reliable predictors of whether or not an individual is a sexual predator.

We encourage parents to learn the warning signs of sexual abuse and practice open communication with their children.

There are many reasons to pursue legal action against the employer of a perpetrator of sexual abuse against children, not the least of which is to protect children from exploitation at the hands of predators who would seek to use these companies and organizations as sanctuary.

Employers, supervisors, co-workers, and other adults may also hold some responsibility for these horrific acts. These individuals may have failed to conduct sufficient background checks, investigate complaints, or report suspicious behavior to law enforcement.

If you believe a perpetrator’s employer failed to demonstrate proper due diligence in the hiring process, the child sex abuse lawyers at Fiumara & Milligan Law can help hold them responsible for their role in your child’s abuse.

We have routinely represented clients in claims against school districts, religious orders, and government entities, along with privately-owned businesses.

In addition to overlooking an employee’s history of abusing children, employers may also fail to thoroughly investigate complaints that could have helped prevent the abuse in question.

Perpetrators usually exhibit certain red flags or warning signs prior to actually committing acts of abuse, and these signs may be noticed – and even reported – by observant parents, children, or even casual onlookers.

Employers who receive such complaints then have a duty to follow up on these complaints, and remove the employee in question if his or her behavior warrants such treatment.

Under the Child Abuse and Neglect Reporting Act (CANRA), certain individuals are required by law to report any instances of child abuse or neglect that they know of, or that they reasonably suspect, to law enforcement.

These people are called mandated reporters, because it is mandatory that they report their knowledge or suspicions “as soon as is practically possible.” Failure to do so can lead to incarceration and fines.

The problem is that many mandated reporters do not report their findings or suspicions to law enforcement; instead, they pass the report up the chain of command, such as telling a supervisor, a school principal, another doctor, etc.

Despite the fact that mandated reporters are granted absolutely immunity in the event of a mistake, many would rather “somebody else” deal with the problem. If a mandated reporter fails to contact law enforcement, he or she may also be held liable for damages.

Fiumara & Milligan Law is there for you during this difficult time.

Now, survivors and victims who have kept quiet for decades will be able to come forth with their stories and obtain the justice and recovery they deserve.

Let the California child sexual abuse attorneys at Fiumara & Milligan Law shoulder the weight of what should never had happened to you in the first place so that you can focus on healing.

Contact the committed, caring, and dedicated sexual abuse attorneys of Fiumara & Milligan Law at 707-571-8600, or reach out to us online for a free confidential case evaluation.

“The Right Attorney Makes All the Difference”