Abalone fishing (diving) at the treacherous Sonoma and Mendocino County Coast is also fraught with the never-ending undercover police stings that will eventually fine and jail you for any violation of California Code of Regulations, Title 14, Fish and Game Subdivisions.

The California Supreme Court decided that warrantless searches of vehicles are acceptable in circumstances where there is an “overriding concern” that outweighs a citizen’s Fourth Amendment right to protection against unlawful search and seizure. The court ruled that “conservation” amounts to such a concern, thus placing the value of “conservation” above the value of one of our most basic civil rights.

In 2009, there were several big abalone busts at both the Sonoma County and Mendocino County coasts. In one such sting, 11 members of a suspected abalone poaching ring were arrested on the Mendocino Coast. The 11 men and women arrested in that case were suspected of taking the abalone for commercial purposes because of the quantity involved according to Mendocino County District Attorney, Tim Stoen. Under state law, when an accused is caught with more than 12 abalone, the assumption is that the abalone is intended for commercial sales, and the penalty and fines are staggering. Oftentimes felony charges are filed against each member of the fishing group, and the new bail schedule could mean a $50,000 bail just to get out of jail! Abalone divers are legally only allowed three abalone per day. The annual total is 24. Oftentimes, abalone divers are charged with the following violations of the law:

Since 1993, Fiumara Law, PC has handled most California Fish and Game violations which are either charged as a misdemeanor or a felony. Some of the most common violations are listed below: 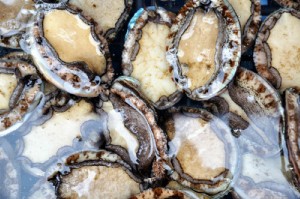 Further, the regulations go on to state that no person shall possess any used or otherwise invalid abalone tags not attached to an abalone shell. These abalone tags must be left affixed to the shell, including while stored at a residence or nontransient location, until the abalone is processed for immediate consumption. These strict regulations are vigorously enforced and violators are fully prosecuted!

In one case that Fiumara Law, PC recently handled, one individual was charged with California Code of Regulations Sections 29.16(b)(2), 29.16(b)(3), and 29.16(d), all misdemeanors. After more than half a dozen court appearances and lengthy negotiations with at least two assistant deputy district attorneys, and before two Sonoma County superior court judges a disposition was finally reached to dismiss all three charges. The accused had to show proof of contributing to an abalone restoration organization as designated by the district attorney. This favorable disposition of the case was reached after the abalone diver agreed to give up her fishing and abalone license for a short period of time to show proof of no additional or new Fish and Game violations. Settlement negotiations are further helped along if counsel could show that the abalone diver does not have any past Fish and Game, abalone or other fishing violations on his or her record. Every case gets settled based on its unique facts, case by case. However, the best results are in abalone cases achieved by good investigative work, negotiations and a threat of a trial, with the right kind of advocacy and conscientious environmental perspective.

For more information on The Abalone Report Card, Please click on the video link below: