Facts and Allegations:
Our 13-year-old student plaintiff was a special education student enrolled at the Santa Rosa High School in Santa Rosa, California.
He informed his parents that his special education teacher had been pinching and slapping him and boxing his ears both in private and in front of other students.  Despite pleas from his parents for this abuse to end, the school district did their own internal investigation and found no wrong doing until attorney Michael A. Fiumara got involved.
It soon became apparent that the school district, a mandated reporting agency did not follow the law or their own policies by filing a police report. Later on the police and the school district for once in their lifetime became estranged over the handling of this case.
Fiumara’s law firm invited investigative Channel 7 ABC reporter, Dan Noyes to one of the Public Santa Rosa School Board meetings along with the pupil’s parents. Channel 7 reporter was asked to leave during the public session of the meeting when the questioning got to hot.
When news of the minor’s abuse spread, other witnesses came forth that they too were abused and/or witnessed the incidents that the parents originally described to the school board, but which fell upon deaf ears.

Injuries and Damages:
As a result of the slaps and other physical and psychological abuse, the 13-year-old minor suffered extreme anxiety and did not want to return to the classroom.  The minor was finally reevaluated at the District’s expense for a more comprehensive special education package taking into consideration his needs and post-traumatic stress.
The Fiumara Law firm brought in the Leigh Law Group, a law firm that specializes in special education who convinced the Santa Rosa School District/Board of Education to pay for a very comprehensive Cadillac styled special education program outside of the school district.
The new program cost the district in excess of $85,000 and there were also monies awarded to the minor and his parents for all of the ongoing stress and aggravation.  An undisclosed amount of attorney’s fees were also paid by the School District. 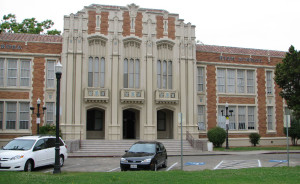 Result:
At first the school district denied any responsibility/liability claiming that the special education teacher did no wrong and that these reports were just a figment of the minor’s imagination.
However, after the case went public and viral due to Dan Noyes’ investigative reporting and the hard work of the Leigh Law Group and the Fiumara Law team, the school district capitulated and agreed to enroll the special education minor into a comprehensive and first-rate school alternative.
In addition, the school provided the parents with a settlement amount not disclosed herein and paid for the attorney fees.  This settlement occurred because the parents refused to be silent and their attorneys bravely went forth against all odds to help the most vulnerable achieve a fair result.
PLEASE SEE ARTICLE BELOW REFERENCING THIS STORY CLICK HERE